If you’re thinking about moving to Des Moines and wondering: What is it like to live in Des Moines? What is Des Moines nightlife like? This article is probably not going to fully answer those questions. It will, however, give you an understanding of some of the bars in my neighborhood, along Ingersoll Avenue.

This is not an exhaustive list of bars on Ingersoll, just my favorites. You can talk to someone at these bars. The music is good. You probably won’t want to order wine. You can’t order food. I like these places. Move to Des Moines, and we can like them together.

The Alpine Tap Room sits on the corner of 28th and Ingersoll and is a good bar for a Des Moines winter night. It’s dark. The bar is made of a laminate that resembles Formica. The stools at the bar are diner style: teal vinyl with chrome. The booths that line the right wall are tall enough so that, from behind, you can only see the tops of their occupants’ heads. There is a large, black, Chesterfield-style leather wrap-around booth for large groups. These are intimate spaces for good conversation.

The CD-fed jukebox contains predominantly 1970s rock, and many of the artists are also featured in posters on the walls. I have frequently claimed that it’s the best jukebox in Des Moines. I usually feed $5 into it. Sometimes I don’t stay long enough to hear my songs, but I don’t mind. This jukebox is almost never wrong.

The small crew of bartenders make strong drinks in juice glasses. A whiskey Coke is whiskey with a splash of Coke. There are only a few draft beers, but an old kitchen-style refrigerator covered in stickers, including one from the late 1990s supporting the Jacksonville Jaguars, contains more beer options. I mostly order draft pours of Budweiser in 10-oz glasses — $2. It’s cash-only. The cash goes in an old mechanical register that makes a ”ding” noise.

So here is what you do. It’s cold. There’s frost on the Alpine’s big window looking out on Ingersoll. You settle into a booth with some friends. You make that register ding a few times and play “Dreams,” “Beast of Burden,” and then “Powderfinger” on the jukebox to wind things down. Put a hat on, lower your head, walk out onto Ingersoll, see your breath and think “It sure can get cold in Des Moines.” That’s a good night in the Hawkeye State.

GT opened its doors in 1994 and is the youngest bar featured in this article. This small bar, located at 31st and Ingersoll, has a racing motif that is apparent but not gaudy. At night, it is very dark. The beer list here is pretty extensive, but it’s not written down. Instead there’s a large glass-door refrigerator behind the bar. Ask the bartender for the flashlight and shine it on the refrigerator to see what you want. Beer is cheap and good here — some places in town will charge you double what GT charges.

On nice days, the large windows in front open up all the way. You can sit by them and catch a breeze. This is the go-to bar for Fridays after work or an early stop on a bar crawl. Expect to hear ‘70s punk staples like the Ramones, the Clash, or the Sex Pistols, along with proto-punk like the Modern Lovers and the Stooges, and then post-punk and alt-rock like the Replacements. When I’m here with friends, one of us will inevitably say, “Man, they play good music here.” We will all agree, as we do every time we are at GT.

I have a friend who has a lot of family in Des Moines, and if you mention the Greenwood Lounge (usually we just say “the Greenwood”) to him, he’ll say, “Oh yeah, my uncles hang out there.” There are lots of peoples’ uncles in the Greenwood. I like that. I’m an uncle. Most uncles tell jokes when they drink, and they are either too mature or too tired to get into much trouble.

Most nights the Greenwood, which is located at 37th and Ingersoll, is taken over by live music, and it’s usually pretty good. The last time I was there this guy was really grooving on his bass. The place was packed and the crowd of uncles, aunts, and some nieces and nephews loved it. If the music gets to be too much, there’s a side room with a pool table. This is a good place to have inconsequential important conversations.

Well, see the above. I lived in D.C. and Chicago before moving to Des Moines, and I usually was looking for places like these to spend a Saturday night. They are rare to nonexistent in D.C. and innumerable in Chicago. But they’re also in Des Moines, and if you like what I’ve described above you’ll have a good time. 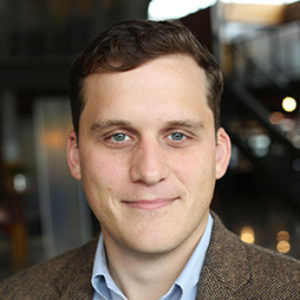 Get to know Mike

Mike is a strategic communications supervisor and spends his days helping clients tell their stories in owned channels and through the media. When not in the office you'll find Mike on his porch, listening to some Neil Young, thinking about sandwiches. Reach out to Mike with your pressing PR questions.

More Articles on Everything Iowa

Presidential candidates in Des Moines’ East Village, and how to avoid them