Learning the vocabulary and quirks of Iowa

Learning the vocabulary and quirks of Iowa

When I moved from Ohio to Iowa nearly 13 years ago, I figured it would be pretty easy to fit in. It was still the Midwest, so culturally and linguistically it should have been pretty similar. I wouldn’t have an “accent,” since Midwesterners tend to have the same general tone and pronunciation. It would be a fun place to explore.

And it wouldn’t be like visiting family in the Pittsburgh area when I was growing up, where there is almost a whole new language. I experienced that again recently over a weekend in Pittsburgh, where the local crafters, Steelers fans, and restaurants and bars celebrate their language quirks: yinz, nebby, gumbands, jumbo, dahntahn, and more. “Yinz gwin dahntahn?” is a question one might get if a group of you are heading into the city center.

But there would be no such adjustment moving to Iowa, right? All of the phonics would still work and my dictionary would still be valid? Well …

Coming from an area of mostly Eastern European, Italian, and Irish influence, I was used to various ethnic cuisines at local restaurants, like pierogis, kielbasa, corned beef and cabbage, cannolis, and other specialties.

But here, some of the local specialties to navigate seem to stem from just around here, chief among them is the “loose meat sandwich.” Also known as a “tavern.” Or sometimes by the brand name of the regional chain that sells them, a “Maid-Rite,” regardless if you ordered it at a Maid-Rite or not. It’s basically a sloppy joe without the sloppy, which is probably the best part of that sandwich, in my view.

Another different thing done with beef is a “steak de Burgo”. Read all about it on its very limited Wikipedia page. I’ve mostly seen it as medallions of beef tenderloin topped with herbed butter sauce, and only ever on a menu in the Des Moines area.

But if you order a “tenderloin,” in Iowa, you will not get beef. Rather, it will typically be a giant, breaded/fried, thinly hammered out piece of pork on a too-small bun. In most of my travels, this is known as a schnitzel, or Wiener schnitzel, and not a nice cut of meat like a “tenderloin” one might order in a steakhouse.

Rounding out meat oddities is the random truck I see sometimes on the side of the road selling “fresh” shrimp driven up from the Gulf of Mexico. Roadside produce stands or pickup trucks with sweetcorn are common in many places, but roadside shrimp? I’ll pass. It has the same connotations as gas station sushi.

Speaking of gas stations, they are mostly all pizza shops, where one goes to get their breakfast pizza or other kinds of pizza during the day. It’s even the marketing tag of the Casey’s General Store gas station chain headquartered in the Des Moines area: “Famous for Pizza.”

Ranch is a dipping sauce for any number of items, and practically a side dish. And there’s this thing called “Dorothy Lynch” that I’m still not quite sure what to do with?

Finally, there is also the “Dutch letter,” a pastry shaped like an S filled with almond paste. I’ve never seen this outside of Iowa (but they are delicious).

As I’ve written before in this space, I’m an avid cyclist. But the bicycle culture here is still one I’m getting used to. The influence of RAGBRAI, the rolling bike party on two wheels every summer across Iowa, carries on throughout the year. The hardest thing to get used to is bicyclists blasting all kinds of music from speakers mounted to their bikes, in water bottle cages, or in the trailer they are pulling on their bike (which may also include a beer cooler and/or dog). It’s quite a scene.

If you are a biker-drinker, as many people here are, and you need to relieve yourself, you may be directed to a “kybo,” the local word for a portable toilet.

In Des Moines, your children will likely go trick or treating on something called “Beggar’s Night,” which is the evening BEFORE Halloween. And I think there’s a rule about telling a joke to get the candy. Odd. Those kids also might be carrying a “sack” to put all of their candy in, which you get at the grocery store to hold your groceries. A recurring promotion at the local grocery chain, Hy-Vee, is the 15% off “Meat Sack Sale.” I guess I just prefer a bag.

While shopping, or in the airport, or at the fair, or wherever, you are likely to run into a politician. Obviously, with the Iowa caucuses, all of the presidential candidates visit our state and are accessible. But I’m talking about our Iowa congressional delegation, our governors, and other officials. I have seen all of our governors, senators, and representatives multiple times just out and about around town or on an airplane. They are accessible, and that’s pretty special.

While there are many other quirks I’ve had to get used to–like how to pronounce “Nevada” or “Buena Vista,” or that Hawkeyes or Cyclones gear makes up a large percentage of people’s wardrobe, or that if there’s a thunderstorm warning 150 miles away at the Minnesota border the Des Moines TV stations will block my screen with that info since it’s in the media coverage area—it’s been an interesting adventure living here so far.

I long ago adopted the tagline from The North Face, “Never Stop Exploring,” as my own personal mission statement. Iowa is a great place to explore, quirks and all. But I’ll be doing it without a loose meat sandwich, thank you very much. 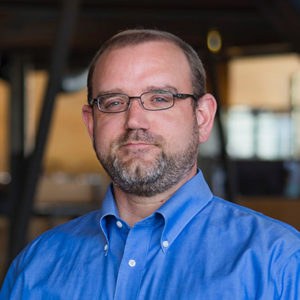 Get to know Patrick

As the managing director of strategy, Patrick is our very own Sherlock Holmes. When he’s not immersed in research, you’ll more than likely find Patrick traveling — those travels have taken him to all 50 states. Reach out to Patrick.

More Articles on Everything Iowa

Presidential candidates in Des Moines’ East Village, and how to avoid them