“Let’s Build Something Together.” Many people may think this tagline is a just clever quip thought up by one of Lowe’s ad agencies to help sell more home improvement products. No argument there. Building brand affinity and selling is how Lowe’s accomplishes its business goal: to gain greater market share than its competitors.

But I think “Let’s Build Something Together” is more than just a memorable tagline. It also captures the fundamental essence of what makes great agency-client relationships. During my nearly 20-year career, I’ve experienced firsthand that the best marketing campaigns result from a strong collaboration between the agency and client. The idea, its evolution, and its success are inherently more effective when developed in partnership.

The essence of that collaboration is developing and nurturing solid relationships. It’s no different than relationships in other aspects of life. You have to put in the work, show mutual respect, and create connections. The best agency-client partnerships are the result of both sides being equally invested in all aspects of the relationship. When they are, it leads to everyone’s success.

Our business relationships share the same core principles as our personal relationships. It’s a matter of emphasizing some of the fundamentals. Experience has taught me that they can be summarized in six basics:

1. Be authentic. Be true to your core values and ethics.

2. Identify shared goals. Find goals you and your client share to help establish a foundation of mutual understanding. Not sure where to start? Begin by defining what success looks like to everyone.

3. Put in the work. Even if something comes naturally, we tend to put our energies into what interests us most. This is critically important in agency-client relationships. In order to create lasting business relationships, you and your client have to put the same amount of energy and effort into the partnership.

4. Develop mutual respect. Healthy relationships are built on respect. There are three crucial components to fostering respect in business relationships, besides getting the work done.

5. Build connections. All relationships are built on some form of connections. Lasting client relationships can extend beyond the work itself, so finding personal connections is essential. Remember though, it’s important to acknowledge and respect the social norms and parameters of business by following your client’s lead.

6. Exceed expectations. Customer service is the essence of an agency and client working together. Striving to exceed your client’s expectations leads to powerful business relationships. There are two fundamental elements to keep in mind.

At some point, we’ve all known relationships that wane from a lack of effort from one side or the other. It happens. The best relationships require time, commitment, and diligence. To realize success in business, it’s important to work on mastering the fundamentals of client relationships and adapting them to be uniquely yours. It requires practice and continual refinement. Ultimately, you want to get to the place where you’re building something together with your clients because it leads to the most rewarding business relationships and the greatest success for all involved. 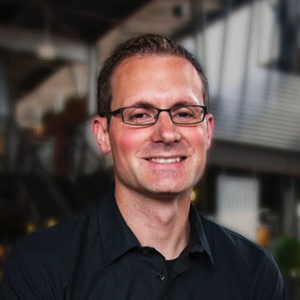 Get to know Nathan

After a career in environmental consulting and higher education marketing, Nathan Huss, managing director of client services, shifted gears to B2B marketing in 2009. Just as he’s always looking for new trails to bike, he’s also looking for new marketing strategies to help drive the profitable growth of his clients’ businesses. He expertly shifts between leading and collaborating with multidisciplinary teams to create solutions that achieve business objectives. Spin Nathan an email at nathanh@2rm.com.