Apple’s iOS 14.5 Update and Its Impact on Facebook Ads

Apple’s iOS 14.5 Update and Its Impact on Facebook Ads

In April 2021, Apple launched iOS 14.5, a new version of its mobile operating system. This update included a feature called App Tracking Transparency, which gives iPhone and iPad users more control over the way app developers collect and track their data. The release of App Tracking Transparency has sent shockwaves through the advertising industry. It impacts advertisers’ access to the data they use to target, optimize, and report on digital advertising campaigns.

After updating their devices to iOS 14.5, Apple users are now prompted with a pop-up in each app. These pop-ups ask whether they’d like to allow the app to track their activity across other companies’ apps and websites. For ad platforms like Facebook, access to this data is critical. It helps them deliver the personalized ad experience that advertisers — and consumers — have come to expect. Without that data, it becomes much more challenging for advertisers to retarget users based on their online activity. It also affects efforts to optimize ads based on performance and measure the most effective tactics that inspire users to take action. And while users now have more control over their personal data, these changes may impact the relevance of the ads they see.

Industry leaders expected opt-in rates to be low. Still, it was challenging to predict how users would respond when given the choice to share their data with the apps they use. According to the latest data from Flurry Analytics, roughly 10% of U.S. users are allowing apps to track their data. On average, users outside the U.S. are opting in at a higher rate, with 17% of worldwide users allowing it. This means that advertisers may be missing data from 83 to 90% of the users they’d been able to track before. That has a significant impact on their ability to target, optimize, and report on campaigns across Facebook (and Instagram), LinkedIn, Twitter, and other ad platforms.

From the beginning, Facebook was one of the most vocal critics of App Tracking Transparency. The company engaged in a public battle with Apple and even placed a series of full-page ads in the print editions of the New York Times, Washington Post, and Wall Street Journal extolling the benefits of personalized ads. They also urged consumers to “stand up for small business.” When it became clear that Apple would proceed with the release of its new privacy features, Facebook turned its attention to helping advertisers to prepare for the release of iOS 14.5.

After monitoring the company’s guidance and experiencing the impact of App Tracking Transparency firsthand, there are steps we recommended to our clients to help cut the disruption to their Facebook and Instagram advertising campaigns. These steps include:

Many advertisers focus on website retargeting, which relies on data transmitted through a Facebook pixel added to their website. Because the Facebook pixel is now receiving data from a smaller pool of users, some website retargeting audiences may be too small to be viable. Consider leveraging alternative targeting approaches. These include custom audiences based on customer lists, lookalike audiences, or interest-based targeting to ensure target audiences are large enough to yield strong results.

2. Reviewing and prioritizing your conversion events

Advertisers that run campaigns focused on driving website conversions (such as completing a form or purchasing a product) are now able to optimize and report on up to eight conversion events per domain. Also, for users who do not opt in to having their data tracked by Facebook, the platform will only be able to track one conversion event during a conversion window, even when users complete multiple conversions. Review the conversion events associated with your domain to ensure these events align with your marketing objectives and you've listed them in order of priority.

Because Facebook Ads Manager can now only provide a partial view of campaign results, campaigns will appear to see lower performance. Consider tracking on-platform metrics, such as link clicks, or leverage data from your web analytics platform. This will provide a more complete look at how Facebook users are engaging with your website after clicking on your ads.

In the months since iOS 14.5 was released, advertisers have started to adjust to the “new normal” brought on by App Tracking Transparency. However, it is clear that we’re only beginning to see the impact of these changes. Currently, the App Tracking Transparency feature is limited to Apple devices. But it is only a matter of time until Google and other developers adopt similar features to show their own commitment to user privacy.

Meanwhile, Apple has shown no signs of slowing down its user privacy “crusade.” In fact, the company recently previewed several new privacy features coming to iOS 15, iPadOS 15, and macOS 12. These include a game-changing feature called Mail Privacy Protection that will limit the data that email marketers receive from Apple Mail users. These new privacy features will have major implications for marketers, but there will be steps that businesses can take to prepare for the transition. 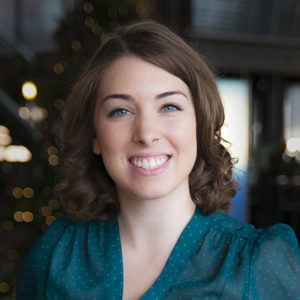 Get to know Norah

Norah is our associate social media director and oversees the agency's social media business for a group of clients in the manufacturing industry. When she's not helping companies leverage social media platforms to engage with their audiences, she enjoys exploring local bookstores, breweries, and bike trails near her home in Minneapolis. Reach out to Norah to talk all things social media!

Enough talk about data. Let’s do something!