Let’s be honest, the majority of content we read nowadays is just not formal — and it doesn’t need to be. Formality has a time and place, but content marketing is not always it. Some of the most effective content sounds as if the writer is speaking to the reader. It’s conversational, witty, honest, blunt, real. And it works because it’s done intelligently.

The saying goes, “you must know the rules in order to break them.” But breaking grammar rules is not as simple as writing how you speak. It has to be done in a way that still makes sense to your audience. So, let’s chat about some grammar rules that it’s OK to break — encouraged even.

In a world where we’re regularly proving we’re not a robot, why sound like one? Hardly anyone speaks every individual word on its own. We combine words together for more natural speech, and it only makes sense to transfer that into writing.

When it comes to marketing, your goal is to connect with your audience effectively. And contractions can help with that. They help your content sound natural and like you’re actually speaking to your reader. This then tells your reader that a human being is speaking to them, not a programmed machine that’s just trying to upsell them.

Think back to your favorite novel. Chances are, that novel used fragments. A lot of them. Because sometimes we think and speak in fragments. The use of fragments in that novel is what kept your attention and helped you understand what was being said. So, why shouldn’t we apply that same concept to marketing?

Keep in mind that fragments should probably be avoided in more formal pieces like press releases or reports. But those snappy ads or social posts you’re creating? Go for it! Be a human being for your audience’s sake. And your sake for that matter.

However, there are some double negatives that are actually OK. They can add an element of humor or nuance. For example, comedian John Mulaney uses double negatives well. Without giving away his joke, someone once asked him, “Does that work?!” And he replied, “It didn’t not work.” Which gave him a way of responding to the question without giving a firm “yes” or “no.”

This can come in handy for your marketing content when you’re wanting to stay light-hearted or less strict in your messaging.

Strict: Do something.
Less strict: Don’t do nothing.

Yes, active voice is great. All hail active voice. But people write off passive voice as a no-fly zone, even though it’s necessary at times. Re-invite passive voice into your messaging when you want to emphasize the thing rather than the person doing the thing.

If you can call it that anymore. Slang, or the latest generation of words, is often necessary when communicating with a niche audience. You’re more likely to catch the attention of millennials and Gen Zs by saying “how to adult” than “how to be responsible.” You have to speak your audience’s language. You’ll lose them otherwise.

Be careful, though. Make sure your new generational words are natural. You don’t want to sound like the middle-aged aunt who’s still trying to be hip, right? So, if you don’t know how to use some of the words, don’t force it or overdo it. It’s OK.

To be or to not be. That is still the question. Whether you put “not” before or after “to” doesn’t matter anymore. As with the theme of this list, it’s about sounding like a human being — not a formal essay. Next time you’re speaking, listen to how often you naturally put a word between “to” and the verb.

There you have it, folks. If you loosen the reins a bit on grammar rules and allow your brand to breathe, you have a better chance of connecting with your audience and making a lasting impression. 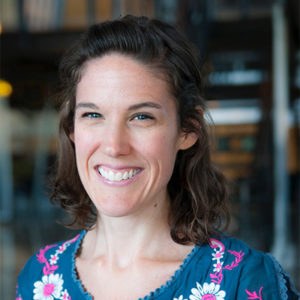 Get to know Minda

As a strategic communications supervisor, Minda spends her days working with our clients to provide valuable content and thought leadership to the manufacturing market. Reach out to Minda to chat about PR strategies and talking with editors.

The mega-list of 2020 marketing conferences

The mega-list of 2018 marketing conferences