It’s hard to pinpoint the exact date, but sometime this past spring it seemed like our society made a collective decision to move into a different phase of the COVID-19 pandemic, one in which people are attempting to find the stability of normalcy despite not really knowing what “normal” looks like. The only thing we can say for certain is that our post-pandemic future won’t look like our pre-pandemic past. While this is something we all have to cope with personally, it’s also something corporations continue to grapple with.

Here are three corporate communication considerations I’ll be paying close attention to this year as we collectively attempt to figure out how to live in a world without daily COVID-19 headlines.

There’s a reckoning coming on how, and more importantly where, people will work going forward. The dam holding back remote work officially burst in 2020. Now executives and workers are attempting to patch together a new social contract. This will no doubt involve continued flexibility around working hours and locations. But this won’t be easy. We’ve already seen certain high-profile executives call for employees to be back in the office full-time. And we’ve seen employees exercise their leverage to maintain their flexibility. I predict this will be one of the more contentious workplace debates over the next year.

Regardless of where your workplace ends up on the remote work spectrum, communication is going to be key. Here is what to consider when communicating your remote work policies:

2. Businesses now have a social responsibility.

“Corporations are people, my friend.” That line was uttered by Mitt Romney at the Iowa State Fair when he was a presidential candidate in 2011. The widely ridiculed quip was in reference to corporate tax policy, but in the context of 2022, it takes on new meaning. As social justice issues embroiled the country over the last couple years, corporations were forced off the sidelines. It’s no longer enough for corporations to act as unfeeling monoliths concerned with only profit. Brands now are expected to have opinions and personalities. They’re expected to weigh in and take action on the biggest issues of the day. You know, kind of like … people.

This was brought into stark focus once again recently when the Supreme Court overturned Roe v. Wade. Almost immediately after the news broke, some of the largest brands in the country began to weigh in by announcing that they would cover their employees’ travel costs for abortion services should they need to travel out of state. These weren’t the usual hollow corporate statements expressing dismay. These companies were ready to act by putting new policies in place immediately. These companies were prepared because they knew what would be asked of them and they knew how they wanted to respond. Is your company prepared for issues like this? If not, it may be time to consider developing a proactive, values-based framework for what issues your company needs to be vocal about and how you’ll take action.

The rapid proliferation of video conferencing technology in the wake of the COVID-19 pandemic significantly rerouted our expectations for how we communicate with one another. It also altered the expectations for how executives communicate to their employees. Authentic leadership starts with authentic communication. And in 2022, there’s nothing less authentic than reading from a teleprompter in a stale corporate studio. Encourage your executives to let their guard down and show more of their personality. More frequent, shorter, and less-scripted videos are a better match for a workforce that’s hooked on TikTok and Instagram Reels. The traditional barriers between an executive and their workforce have been all but eliminated. The executives who take advantage of this new landscape will be the ones best positioned to lead their companies forward.

I look forward to watching these trends play out for the rest of the year. For more about how companies are adapting to these tumultuous times, check out our blogs about crisis communications and corporate social responsibility. 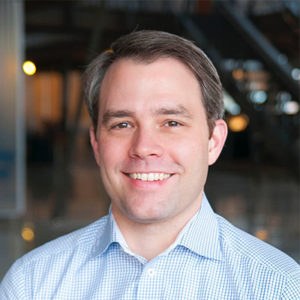 Get to know Adam

From media relations to social media strategy, Adam can do it all. Lucky for Two Rivers Marketing, he puts his skills to work as our strategic communications director. Reach out to Adam about his love for Drake football or all things PR.

You asked, we answered: Top agri-marketing questions from NAMA 2018